Chronological History of the National Institute of Meteorology and Hydrology 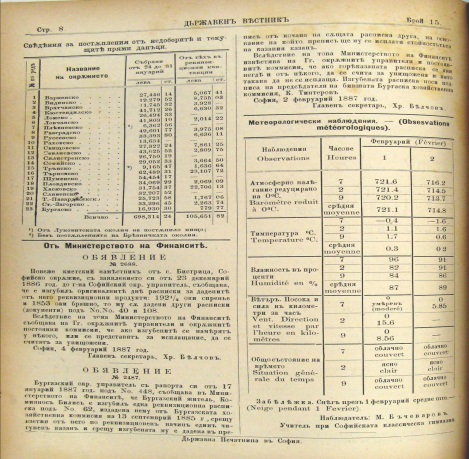 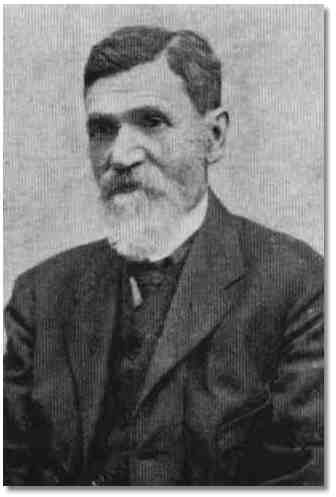 February 1st, 1887 The first meteorological station with regular instrumental observations performed by Bulgarians opened in Sofia. Located near the "V. Levski” square in the Botanical Garden of Sofia University “St. Kliment Ohridski”, it was operatonal for over 105 years (until 1992). It was founded by the physics teacher at the First Sofia Boys' High School, and later a professor of astronomy at Sofia University, Marin Bachevarov. From 07.02.1887 the data from the first meteorological station were published in the editions of the State Gazette.

February 20th, 1890 With a prescription from the Ministry of Education, the station in Sofia acquired the status of a Central Meteorological Station (CMS), and Acad. Spas Vatsov became the head of the CMS. This date is considered to mark the beginning of the Bulgarian Meteorological Service.

1891 - Bulgaria and Romania were invited to participate in the International Conference of Directors of Meteorological Services, held in Munich, Germany. 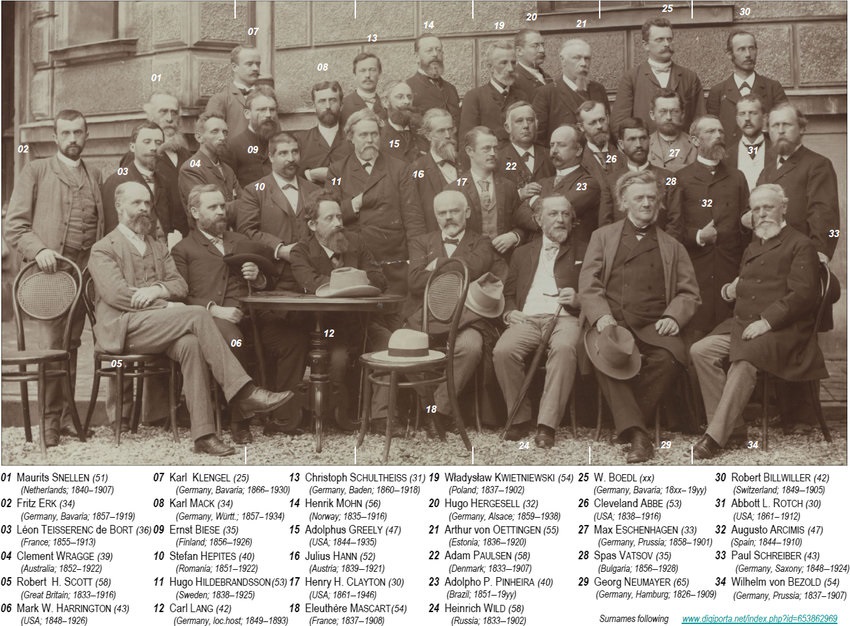 1908 The Directorate of Meteorology was transferred to the Ministry of Agriculture at the request of Spas Vatsov which underlined the orientation towards agriculture.

1912  In parallel with the development of meteorological observations in our country, hydrometric observations were advancing. In 1912, a "Water Department" was established at the Ministry of Agriculture and State Property, which was responsible for the water management in Bulgaria.

1920  The Law on Water Unions was adopted and a water service with a hydrography department was established. Until 1935, the hydrometric network was growing, but the observations were carried out intermittently, which did not allow for more serious practical and research work.

1934  The Directorate of Meteorology was renamed Central Meteorological (and Seismological) Institute (CMI) and was transferred to the Ministry of National Economy.

1949  By Decree № 11 of the Council of Ministers of March 23, 1949, the Hydrographic Service in Bulgaria was established.

1953  HMS was renamed  Department of Hydrology and Meteorology (UHM) and transferred from the Council of Ministers to the Ministry of Agriculture (Decree № 645 / 03.10.1953). The regional HMS (RHMS) were reduced from seven to four with centres in Plovdiv, Varna, Pleven and Kyustendil. Today these are the branches of the National Institute of Meteorology and Hydrology.

August 1st,1991  With Decree  № 148 of 25.07.1991 of the Council of Minsiters IMH was renamed into the National Institute of Meteorology and Hydrology (NIMH) at BAS and the funds for the institute were decided to be given separately within the general subsidy provided to BAS. .

January 1st, 2019  NIMH from one of the main units at BAS was transformed into the National Institute of Meteorology and Hydrology as a legal entity to the Ministry of Education and Science (§ 1 of the Transitional and Final Provisions of the Law on the state budget of the Republic of Bulgaria for 2019, promulgated SG No. 103 of 13 December 2018).