under the patronage of the Minister of Education and Science Mr. Krassimir Valchev 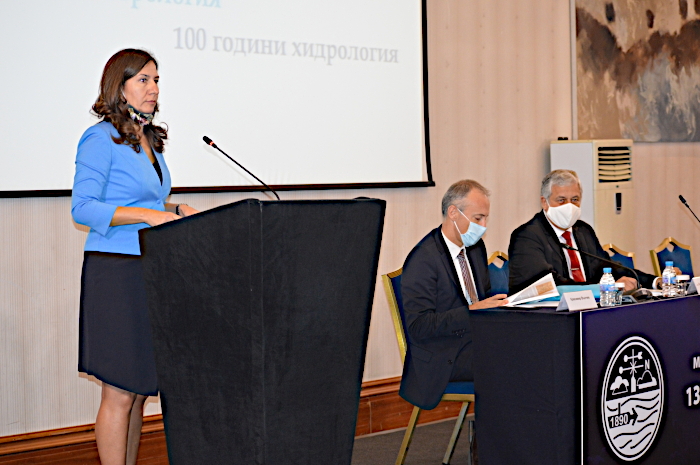 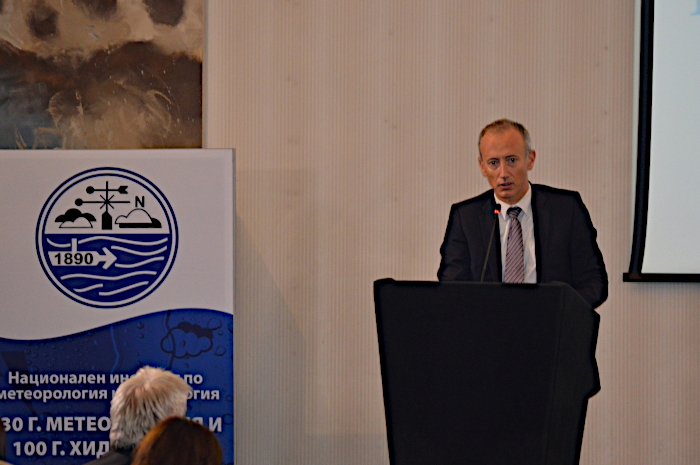 On October 1, 2020, the National Institute of Meteorology and Hydrology (NIMH) celebrated its double anniversary - 130 years since the establishment of the meteorological service and 100 years since the beginning of hydrological observations in the country.

Prof. Hristomir Branzov, General Director of NIMH, opened the celebration with a festive speech, in which he reminded our guests and colleagues of curious and funny facts from the long-term activity of NIMH.

As always in the beginning there were doubts and jokes, said Prof. Branzov and added "When in 1888 Spas Vatsov published his "Instructions for meteorological observations" - Dimitar Petkov, as an editor of a satirical newspaper, wrote with irony: "And our Spas Vatsov decided to issue a guide for meteorological observations… It's like planting lemons and oranges on Vitosha mountain and waiting for them to harvest. But in 1892, D. Petkov, already as the mayor of Sofia, had to provide meteorological data to the company that would build the city's sewerage system. Spas Vatsov personally conveyed the necessary data to him with the words: "I bring you, Mr. Mayor, the harvest of lemons and oranges from Vitosha mountain."

Mr. Krasimir Valchev, minister of Education and Science and patron of the celebration, greeted the employees of NIMH and noted our importance as a scientific organization, operational service and an institution that together with universities creates and develops the new generation of scientists. 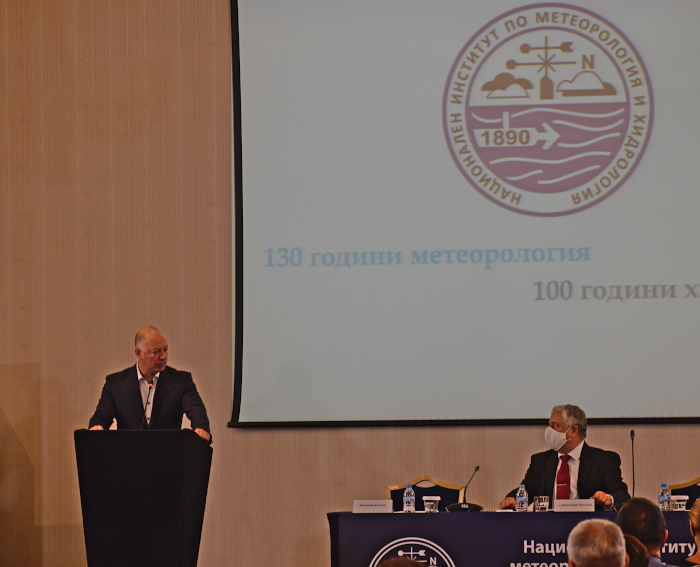 Ms. Yordanka Fandakova, mayor of Sofia Municipality, thanked for the long-term cooperation with the National Institute of Meteorology and Hydrology, especially for the joint work on the program for improving the air quality in Sofia and the timely forecast of fine particles levels.

Mr. Rosen Zhelyazkov, minister of Transport, Information technology and communications, stressed the exceptional role and significance of NIMH. "Information messages from the National Institute of Meteorology and Hydrology determine the behavior of institutions, people, individual plans and projects," the minister said.

We received special video addresses from our international partners.

Prof. Petteri Taalas, Secretary General of the World Meteorological Organization, thanked for the long-term cooperation with NIMH, back in 1952, when Bulgaria became a member of the WMO. 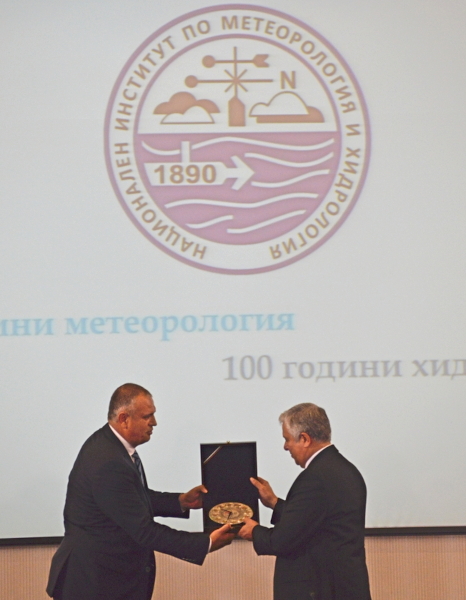 Mr. Georgi Terziiski, Chairman of the Management Board of the Road Infrastructure Agency, and Mr. Petar Gornovski, Chairman of the State Agency for Metrology and Technical Supervision, also presented their congratulations and stressed that during all the years of joint work the professionalism and enthusiasm of the NIMH team stayed unchanged. Mr. Terziiski presented Prof. Branzov with a watch with which to measure time as accurately and precisely as the forecasts and warnings issued by NIMH.

Special guests at the anniversary of NIMH were Prof. Martin Banov, President of the Agricultural Academy, and Prof. Hristina Yancheva, Rector of the Agricultural University-Plovdiv, with whom NIMH has established scientific cooperation on climate and agriculture.

Many of our colleagues and friends who were prevented from attending the celebration sent congratulatory addresses on the occasion of our holiday.

Prof. Anastas Gerdjikov, Rector of Sofia University "St. Kliment Ohridski", said: " I address you with great respect for your work, for the achievements of the past 130 years of the Institute, in which fundamental and applied research in the field of meteorology and hydrology over the years have reached global dimensions. "

Mr. Georgi Peev, General Director of the state enterprise "Air Traffic Management", sent an honorary plaque and his congratulations for the celebration. 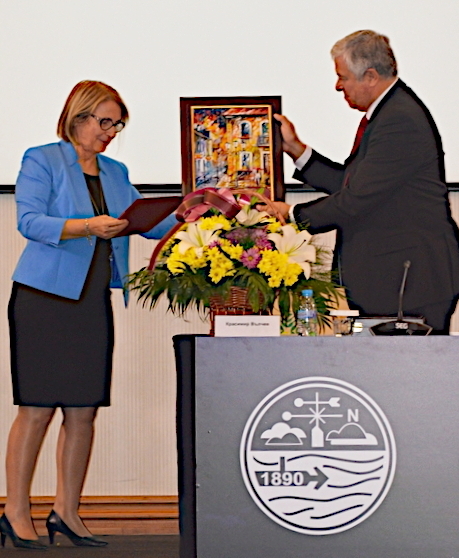 Congratulatory addresses from our guests and colleagues